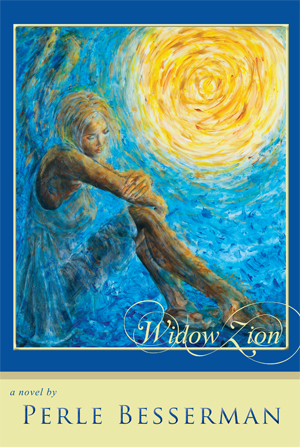 Set during the hopeful yet turbulent years of the Clinton-sponsored Camp David peace talks between Yasir Arafat and Yitzhak Rabin, Widow Zion traces the unlikely romantic encounter of a wealthy Jewish American widow on a “Holy Land Tour” and her recalcitrant escort, an Israeli widower and war-weary old soldier. Their meeting results in a poignant, and eventually tragic, series of misadventures set into motion by Aryeh’s well-intentioned matchmaking cousin Leo, a Holocaust survivor driven by conflicting desires for material success and an almost mystical passion for tikkun—spiritual repair of a broken world. Bruised by her troubled marriage and traumatized by the recent suicide of her favored son, Stella is initially cynical and resists Leo’s mission; while Aryeh, too literally and figuratively wounded by Israel’s legacy of never-ending war, clings to old family grudges and resents his cousin’s intrusion. But Leo is a force too powerful to resist, and both inevitably succumb to his undeliverable promise of spiritual renewal.

Based on the centuries’-old struggle between Jews and Arabs in its current Palestinian/Israeli incarnation, this contemporary re-telling of the ancient biblical story of exile and return reveals that the source of the so-called “clash of civilizations” lies within the Jewish Diaspora itself.

"Widow Zion is a serious read about the complex Middle East. . . Besserman’s descriptions of Jerusalem are stunning–she writes with the insights of a poet and the exactness of a journalist . . .The apt quotation by Toni Craven preceding the beginning of the novel sets the scene for the contemporary battle between Palestine and Israel: 'That Zion is a devastated mother is understandable; that she is a widow raises a troubling question; who and where is her husband?'. . . Woven throughout the novel is the implicit message of universal spiritual emptiness that pervades most contemporary cultures and the hope that civilizations will resolve their differences and undergo spiritual renewal despite prevailing wars that beset Israel and the entire Mideast."
Diane Moore's latest book is Porch Posts: A Book About Porches