Perle Besserman published her first story when she was nine years old and hasn't stopped writing since. Originally trained as an actor, singer, and dancer, she brings her performance skills and lifelong love of the theater to her numerous award-winning fiction and creative nonfiction publications.

Recipient of the Theodore Hoepfner Fiction Award and past writer-in-residence at the Mishkenot Sha’ananim Artists’ Colony in Jerusalem, Pushcart Prize-nominee Perle Besserman was praised by Isaac Bashevis Singer for the “clarity and feeling for mystic lore” of her writing and by Publisher’s Weekly for its “wisdom [that] points to a universal practice of the heart.” Houghton Mifflin published her autobiographical novel Pilgrimage, and her short fiction has appeared in The Southern Humanities Review, AGNI, Transatlantic Review, Nebraska Review, Southerly, North American Review, and Bamboo Ridge, among others. Her books have been recorded and released in both audio and e-book versions and translated into over ten languages. Her most recent books of creative non-fiction are A New Zen for Women (Palgrave Macmillan) and Zen Radicals, Rebels, and Reformers, coauthored with Manfred Steger (Wisdom Books). Two novels, Kabuki Boy, and Widow Zion, and Yeshiva Girl, a story collection, are available from Aqueous Books, Pinyon Publishing, and Homebound Publishing, respectively.

Perle holds a doctorate in Comparative Literature from Columbia University and has lectured, toured, taught, and appeared on television, radio, and in two documentary films about her work in the US, Europe, Canada, Australia, Japan, China, and the Middle East.

A conversation between her and Pat Matsueda will appear in Ms. Aligned: Women Writing about Men, a book in development. See an extract from the conversation at the Ms. Aligned website.

Read her thoughts on the pros and cons of being a writer, a piece she wrote for the Penmen Review.

An interview in the online international literary journal Cerise Press.

A video interview with Jay Fidell, host of the series Think Tech Hawaii and Asia in Review, on YouTube.

Also available online is a video of Perle's book launch on Friday, April 26, 2013 at Coffee Talk in Honolulu.

Among the guests at the April 26 launch was Neil Abercrombie, governor of Hawai‘i. More pictures of the governor at the launch can be found on his Flickr page. 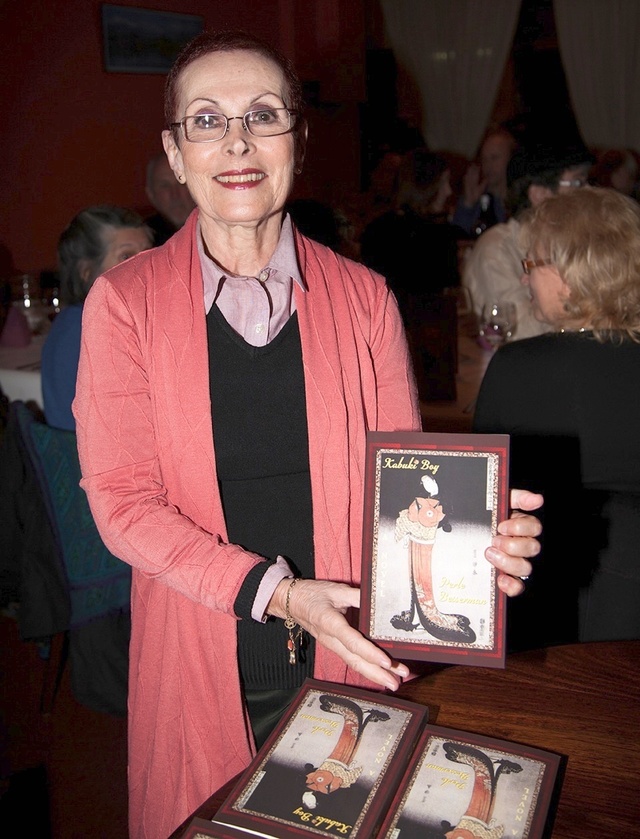 This photograph and the following one were taken by Tommaso Durante at the Australia book launch in May. 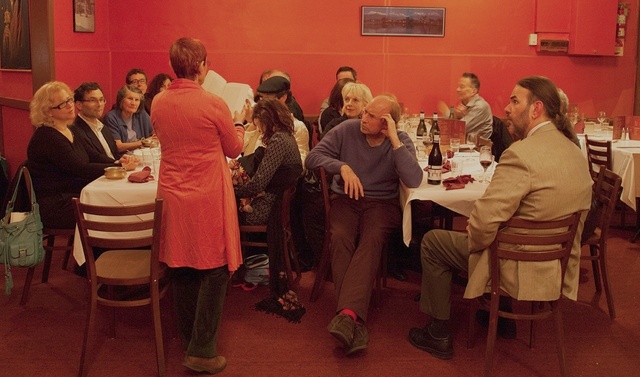 Click on this photograph to view it at full size. 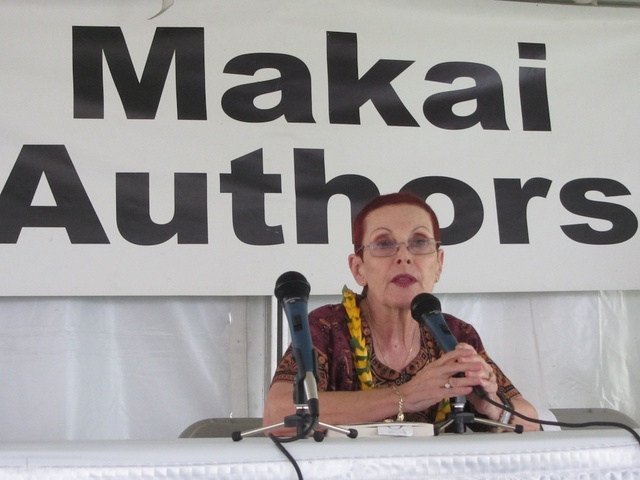 Perle participated in the 2013 Hawaii Book & Music Festival on the grounds of Honolulu Hale. On Saturday, May 18, she was part of a Hawai‘i Council for the Humanities panel chaired by David Ulrich. On Sunday, May 19, she read from Kabuki Boy in the Makai Authors Pavilion.

The Kabbalah Master: A Novel